SA WINE INDUSTRY REMAINS ONE OF THE WORLD’S TOP 10, DESPITE CHALLENGES. Agribusiness perspective by Hamlet Hlomendlini 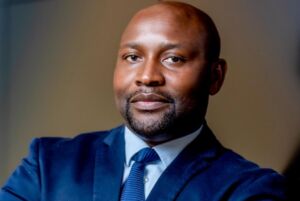 Despite facing challenges and losing millions of rand in revenue as a result of COVID-19-related restrictions and bans on the sale of liquor, the South African wine industry remains one of the 10 largest and most competitive in the world.

South Africa, which is ranked eighth in the world, contributes 4% of total global production, R55 billion to the local economy, and currently employs over 269 000 people, both directly and indirectly. According to Wines of South Africa (WoSA), a non-profit industry organization that promotes the exports of all South African wine in key international markets, the industry has grown from strength to strength since the advent of democracy, with more than 2,800 farmers cultivating over 92 000ha of land planted to vineyards.

South Africa also managed to record good growth in wine export volumes and value in 2021, particularly in traditional markets such as the United Kingdom, while diversifying into the United States, China, and Africa. Despite being heavily affected by the local liquor sales bans mentioned, global freight and localized port issues, as well as a shortage of glass and packaging materials, the industry reached a production output of over 388 million liters in 2021. This amounted to R10.2 billion in value, up by more than 12% from 2020.

Market insights from the industry paint a positive and stable picture for the country’s wine export market, particularly in African markets such as Nigeria, Kenya, Tanzania, Uganda, Mozambique, and Zimbabwe. According to these market insights, markets for South African wines will continue to expand as more people take to drinking wine.

Furthermore, it has become clear that the Chinese market is providing greater opportunities for South African packaged and bulk wine due to the availability of quality wines, allowing the country to more than double its market share in that market. This market is also expected to grow further in the future.

South Africa offers a greater variety of wine grape varieties (also known as cultivars) than most other wine-growing countries. While many wine producers are constantly experimenting with new plantings in order to learn what works and what doesn’t in their specific terroir, the most prominent cultivars in South Africa are Pinotage, Shiraz, Cabernet Sauvignon, Merlot, Chenin Blanc, Chardonnay, and Sauvignon Blanc.

Pinotage, the country’s signature cultivar, is the only one that is uniquely South African. According to the Pinotage Association, Pinotage is a cross between Pinot Noir and Cinsault (Hermitage) that was created in 1925 by Professor Abraham Perold. The variety combines the noble qualities of the former with the dependability of the latter.

The association says Pinotage now grown all over the world, from Zimbabwe to New Zealand, Switzerland, Germany, the United States, and Israel. Regardless, the varietal is distinctively and proudly South African, which the association regards as a valuable one-of-a-kind marketing tool for South African wines in general.

While the Pinotage variety has faced some challenges in the export market in the past due to issues related to sub-standard export quality, it is a firm favourite in South Africa and is slowly finding favour worldwide. Better-quality local Pinotage wines are produced both as a single grape varietal and as blends.

Its popularity in the local and international markets has been facilitated by two foundation events, the first of which was the formation of the Pinotage Association in 1995. Since then and with Beyers Truter at the helm (working together with other stakeholders), Pinotage has grown into one of South Africa’s most recognised trademarks and the flagbearer for South African red wines on the world stage, the association says.

The second event was the creation of the Absa Top 10 Pinotage competition, organized by the association and sponsored by Absa. The aim of the annual competition is to identify 10 Pinotage wines that will serve as a benchmark for the development of distinctive South African Pinotage and demonstrate the uniqueness of Pinotage in the international wine world.

According to Truter, Absa-sponsored competitions and campaigns have been a significant contributor to the popularity of Pinotage cultivar.