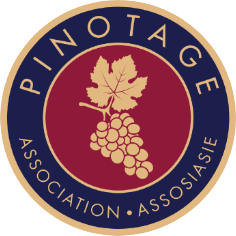 A curated case of six wines featuring
the past decades’ most prestigious producers,
truly emblematic of South Africa’s legacy.

I was first introduced to Pinotage in 1988 when I visited South Africa with a delegation from Bordeaux. We were surprised by this “new cultivar” compared to the likes of Cabernet, Merlot and Syrah. It was so different and unusual from what I was used to in Bordeaux and we left most impressed. I think Pinotage is a most interesting varietal — it is homegrown with no debate over its origin: it is truly South African. It is unique in the world of wine with few other examples of the variety outside of South Africa and due to this fact, you can shape and create the style of the wine — a unique offering indeed. Now that I’m living and making wine in South Africa, I have a greater appreciation for the importance of Pinotage and great Pinotages in South Africa’s distinguished wine history.

However, Pinotage has suffered due to South Africa’s past isolation which inhibited its exposure internationally and its development locally. A lack of clear definition has led to confusion around the varietal. Pinotage was in need of great examples to elevate its status and receive the recognition it deserves bythe gatekeepers of the industry: the top sommeliers of the world and the great opinion makers of investment wines.

Grand Pinotage is not unlike the Union des Grands Cru which I was part of: a group of like-minded producers from different areas working towards a common goal, highlighting the specific terroir that make their wines great and unique. This case of Grand Pinotage features wines that are iconic examples that will profoundly demonstrate both the quality and value the variety has to age and develop. It is a collection that has set a new precedent for Pinotage, championing South Africa as the great wine producing country that it is.